ELIZA JANE SCHNEIDER is a noted voice actor and dialect coach, whose clients include celebrities and Oscar® winners. Her expert ear and years of study as a musician and singer, allow her to master almost any accent with ease.

She voiced eight regular series characters and hundreds of additional voices for the hit animated series South Park. Her extensive list of credits includes voices for films, television and video games, including Finding Nemo, King of the Hill, Batman, The Cleveland Show, Assassin’s Creed, LEGO Dimensions, Skylanders, Call of Duty and World of Warcraft, to name just a few.

Eliza has studied, recorded, and taught dialects at UCLA, AFTRA, and the SAG Conservatory at AFI Hollywood. She is also the creator of the Internet Dialect Database, for which she has traveled the globe to capture samples of authentic dialects. 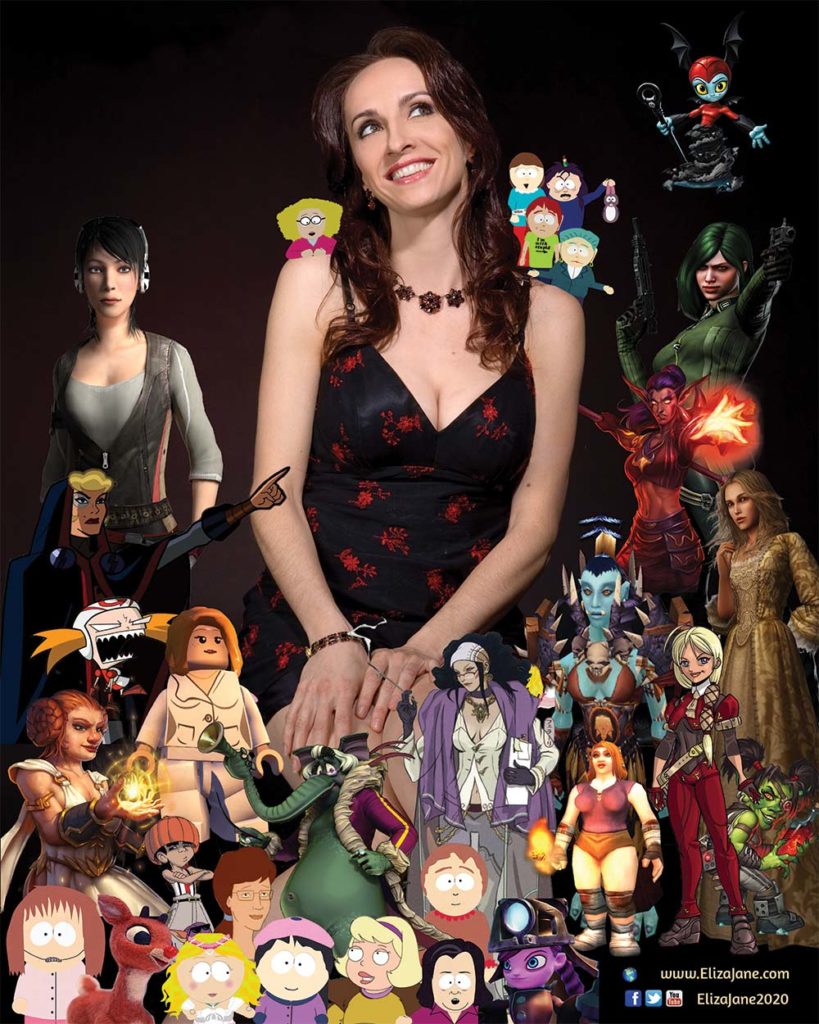 "If Lily Tomlin and Anna Deavere Smith were to merge their talents, the result might be something like Eliza Jane Schneider’s Freedom of Speech, a dramatic tour of America and also a tour de force… A wondrous harmony of American voices pouring from a one-woman choir."

Adam Feldman Time-Out New York President, New York Drama Critics’ Circle
“As a dialect coach, Eliza has a wonderful capacity for combining character development with dialect proficiency that heightens the actor's performance. As an actor herself, she has the ability to break through other actors’ resistance with a minimum of effort and a maximum of result.”